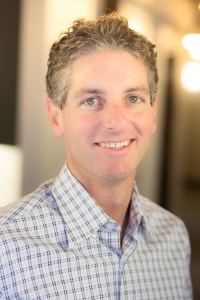 Dr. Brian T. Quesnell graduated with honors from the University of California at Davis with B.S. degrees in biological science and psychology. Next, he attended UCLA School of Dentistry, where he received his DDS degree and was the class valedictorian. He continued his education with an advanced general dentistry residency at UCLA. Then, Dr. Quesnell completed a two-year endodontic residency at the University of Illinois at Chicago, School of Dentistry.

When Dr. Quesnell isn’t spending time with his wife and daughter, he enjoys participating in and watching all types of sports, landscaping his yard and relaxing with his family.

University of Illinois at Chicago School of Dentistry

‘University of California at Davis  B.S. in Biological Sciences / Physiology (with Honors)’

RESEARCH
2003 to 2004 Quesnell, et al.:  The Effect of Human Immunodeficiency Virus on Endodontic Treatment Outcome. (Published in the Journal of Endodontics, September 2005).