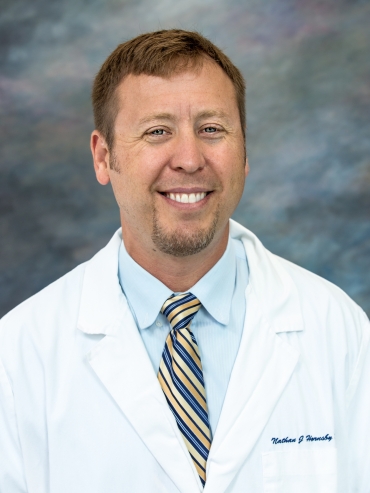 Dr. Nate Hornsby is a Prosthodontist originally from Vancouver, WA. He received his Bachelors of Science from the University of Washington in 1999. Subsequently, he received his DDS from Columbia University of Dental Medicine in New York.  After receiving his degree, he remained at Columbia University where he completed a 3 year post-graduate residency in Prosthodontics, and received his Masters Degree completing a thesis on dental implant prosthetics. Dr. Hornsby remained in New York City for two years where he worked in private practice prior to relocating to Southern California.

Dr. Nate Hornsby is a caring and compassionate dentist who is interested in providing you with the highest quality of care. Having three additional years of training in Prosthodontics has elevated his level of knowledge and expertise in the field of dentistry. He has dedicated an extensive amount of time and energy to learning the complexities of various dental conditions and bases his practice on the fundamentals of evidence-based dentistry. His training has given him the ability to predictably treat very complicated and challenging cases with minimal discomfort and optimal results for his patients.